Analysis of Random Logic and its Games in Online Casinos

Random Logic is quite literally 888 Casino’s trump card, and backbone rolled into one. The software provider is the brand that creates and then supplies games to all of the online casinos listed under 888 Holdings’ name. They’re big enough to do that, and it shows in other manners as well. For example, the studio is divided (like any other) into several categories, and we’ll be going through all of them now. At the end of the article, you should know enough about the studio to know whether or not it’s a potential favorite of yours. 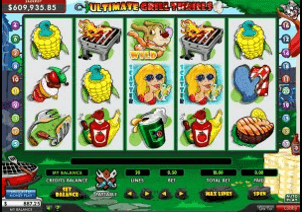 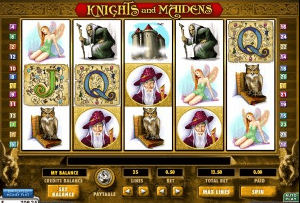 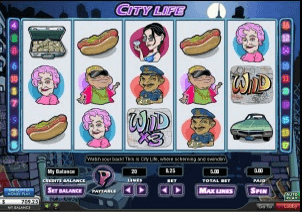 Should You Play at Random Logic Casino Sites? If you’re an online gambler whose favorite games include either video slots or card games, then yes, you should definitely play at online casinos backed up by Random Logic and their games. You also get to enjoy other games such as video poker, Pai Gow, and Keno.

What are the cons? With the presence of these other categories, comes the absence of the live dealer games category. That is, if you’re a lover of live games, then you might have found better luck going for another software provider (Evolution Gaming in this case).

The History Behind the Studio

Before Random Logic was rebranded Dragonfish in 2007, the studio has been one of the biggest contenders in iGaming. In 1997, 888 Holdings created Random Logic as a B2B software brand following the head company’s launch that same year. So regardless if you want to play slots, table, or any other kind, the games have full compatibility with mobile devices. Security-wise, the studio is tested and regulated for fairness by an independent organization, called eCOGRA. The studio finally has a license from the UK that allows it to create online casino games for both 888 Holdings and other 3rd party online casinos.

Features of Random Logic in Casinos

Variety of Games from Random Logic

Random Logic has a variety of games (up to 300 or even more) divided across several popular categories. In other words, the software provider only makes slots games, card games, craps, pai gow, and of course, video poker. Whichever your choice is, the games and thus, the choice itself depends on online casinos.

Video Slots Made by Random Logic

The majority of games created by Random Logic is actually from the video slots category. A lot of software providers are like this since the biggest chunk of online gamblers only play slots. Nonetheless, we’re digressing, so let’s focus on the actual topic.

Slots for casino sites made by Random Logic studio numbers in the hundreds, and while this might be small compared to some of the heavyweights in the gambling industry, you might have to pause that train of thought. For all the advantages the video slots lose in terms of count, they more than make up in terms of diversity and thematic feel.

Amongst the best (mainly 5-reel and then 3-reel variations) video slots that we’ve played over the years, some of them include Millionaire Genie, Irish Riches, and Treasure Fair. The minimum bet in most of their slots is $0.15, while the maximum players can wager often sits between $250-300. This flexible range gives both professional and beginner players the chance to play however they want.

Almost getting the same treatment as the slots category is Random Logic’s impressive library of card games. The software provider has its hand quite deep making Roulette and Blackjack (not a lot of Baccarat games). Of course, this includes their different variations made over the years by the studio.

For example, the Roulette is a card game that’s been around for a long time, hence a lot of classics. So to keep up with other software providers, the studio has made variations such as the European, French, and American Roulette. For anyone of these card games, the graphics are crisp, and the play-system is intuitive. Both rival the best found in the industry.

Other Games Made by Random Logic

There are other games that Random Logic has made for casino sites, so as not to limit its library too much. You’ll find Pai Gow, Keno, and even the famous video poker. Variations of the last one include Deuces Wild, Jacks or Better, Joker’s Wild, and Bonus Poker. Other than the game categories that we explained above, the only other competitor in terms of quality and count is the video poker.

Random Logic Games and their Compatibility with Mobile Devices

Due to the increase in mobile phone users, every studio for online casinos has been forced to create games that are fully compatible with mobile devices. Random Logic is no exception to this rule, which is why the studio also gives players the options to use either the instant-play option or download the app. Obviously, the first option (instant-play) is far better due to features such as no-delay (HTML5 allows you to use browsers instantly) and the cross-platform play style.

There are a variety of online casinos supporting Random Logic, but then the list entails both highly rated casino sites and ones that are better left avoided. To that, the small list we have below are the few online casinos whose services are good enough for you to try: Pixie Bingo, Circus Bingo, Sky High Slots, Islad Jackpots, Wild Spins, 888 Casino.