Reviewing Yggdrasil Gaming Services and its Titles in Online Casinos

Compared to the likes of NetEnt and Playtech, Yggdrasil Gaming can never compare in terms of games (no doubts about that). But that doesn’t mean the studio can’t pull its weight too. Founded in 2013 by NetEnt’s former CEO, Fredrik Elmqvist, Yggdrasil Gaming is a provider whose formula was to focus on making video slots alone.

The gamble definitely paid off, as their variety of innovative strategies managed to gather enough attention to make the studio one of the best the iGaming has seen. In 2019, the company is already well-rounded, having explored other casino game categories (lottery, bingo, and card games) in online gambling to keep things interesting. This review goes in-depth on all the titles/services that studio offers in casino sites. 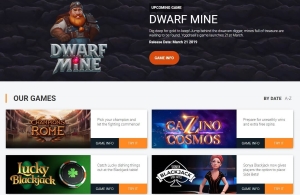 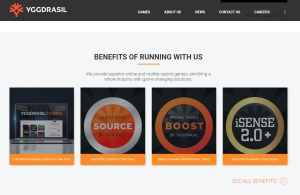 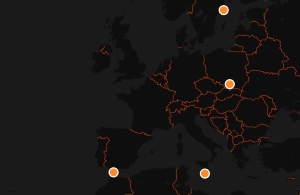 Should You Play at Yggdrasil Gaming Casino Sites?
We consider Yggdrasil Gaming one of the best studios to ever make slot games for online casinos, so it’s obvious by now what our answer is. Whenever you visit any of your favorite online casinos, be sure to try out the highlights mentioned above if the studio is supported. The studio features one of the highest-paying and graphically stunning slots online, and at the same time, players get to immerse themselves in the graphically astounding experience. For a bit of variety, you can have your fill of card games or bingo too, though we advise you go for the former since Yggdrasil makes sure the table titles are intuitive.

With Yggdrasil Gaming, players can play slots, lottery, bingo, or card games. The studio’s library is that complete, which is an advantage when compared to its competitors. Having said that, the provider’s most-loved category is video slots (includes progressive jackpots) for its simplicity and most importantly, the originality. There are more than 50 slot games available in their library, with the other categories making up the rest. For now, though, we’ll be focusing on only its range of slots.

Note: When we mentioned that most games from the studio are high-variance, this is referring to the type of wins you’ll have. With high variance, wins won’t come often, but the ones that do always makes up for the wait.

What about the Atmosphere in the Gaming Slots? 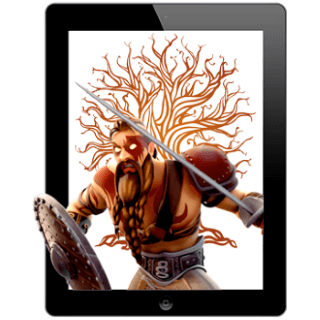 Titles from the software provider adopt the Scandinavian Mythology, where the Yggdrasil is the World Tree that connects nine realms. The video slots have stunning graphics, with bonuses that make the experience even more entertaining. Likewise, there are the occasional prizes and cash-drops which may be featured in the VIP section of the online casino.

Discussing Yggdrasil Gaming’s iSENSE 2.0 Client Framework is the part where things start getting fun. The framework is Yggdrasil Gaming’s ‘high-tech’ which is packed to the brim with sleek graphics. Amongst the ones we know are particle animations and frame/stop motion animation techniques which adds to the experience entertainment-wise.

Other than this, the iSENSE 2.0 Client Framework is used by online casinos to create missions, tournaments, and the usual likes where you can win bonuses such as cash-drops and prizes. Also, the platform allows the simultaneous launch of any game of your choice on any browser with the support for HTML5. In other words, you can play any game from Yggdrasil on Windows, iOS, or Android.

Whenever we’re selecting casino sites to recommend, we don’t look at the titles and bonuses alone. Rather, the diversity of payment options (also, which payment is fast or slow), support team, the presence of other credible software providers, and a few others take priority. The online casinos offering the studio’s titles include: Bitstarz, Everum, Slotty Vegas, AHTI Games, BoaBoa, ComeOn, CasinoRoom, No Bonus Casino, Gunsbet, Spinia.