Nextgen Gaming is a software studio founded in 1999. Unlike most of the ‘big boys’ in the software provider battle, the studio didn’t start big and instead came from humble beginnings. But now with their huge library of slots being made available to players in Europe and Asia, they’ve more than shown their capabilities in the iGaming software scene. Include the presence of U.K and U.S players, and that’s probably why up to 1,000 online casinos are offering Nextgen Gaming titles. In this casino software review, we’ll be going through all of the highlights of Nextgen Gaming. This includes their range of video slots, the games’ compatibility with mobile devices, and an answer to your question. 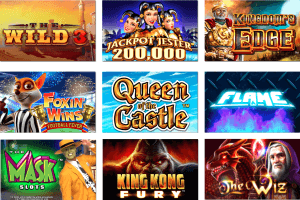 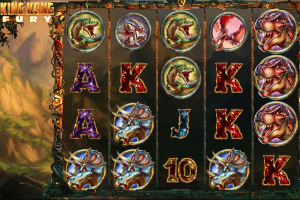 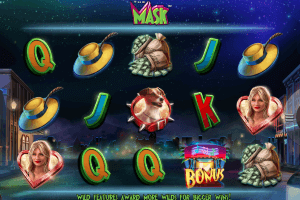 Should You Play at Nextgen Gaming Casino Sites?
Yes, we recommend you indulge yourself in their extensive library of video slots. They certainly don’t have anything else available, but that doesn’t mean their specialization is a bad thing. Look at it this way, most people going to an online casino are only visiting because of the slots games. And if you’re someone who has gotten tired of the usual titles from the ‘Upper-class’ studios, this could be a good break for you. The fact that the games are rewarding is just another incentive that you should consider.

Nextgen Gaming has made more than 350 video slots ever since it was formed, and you’ll find them in all the major casino sites. For the most part, the quality of the slots created by Nextgen Gaming is great. The games have great graphics and sound, which creates an immersive experience for players. Still, the letdown is that most of the games feel cloned in a way. They all play the same, and if you’re someone who loves variety to the extreme, the experience might be somewhat underwhelming.

Fortunately, though, is that there are a few exceptions to the whole “Clone Games Section.” There are distinct titles such as:

Each of these games has acquired a lot of fame for the reward and entertainment they offer.

Embedded inside video slots from the studio are betting features that players have access to. Sure, they’re no serious game changers, but they do set the slots from Nextgen Gaming apart from others (experience-wise). First, we have the Double and Superbet features, which are options that change your betting strategies. Likewise, there’s their style of the Respin feature which returning players will love.

Finally, there’s one type of innovative slots that get old-school players excited. That is, Nextgen Gaming has a category dedicated to video slots with the 80’s kind of design. Some of the best-rated by players are Joker Jester, Joker 10.000, and Jackpot Jester 50.000

The Studio’s Partnership and Rebranding

In 2011, Nextgen Gaming merged with NYX to become NYX Gaming Group. The result of this merging is that they’ve combined resources and this includes games, staff, and even more financial backup. After some time (specifically around early 2018), NYX Gaming Group also merged with SG Gaming to become SG Digital. The group, in total, has 1,500 customer support members worldwide, 34 global offices, and a huge library of up to 2,000 game titles. A library of up to 2K titles is undoubtedly incredible, but these games aren’t from NYX Gaming Group only. Other software groups that make up SG Digital include Bally, SG Interactive, Barcrest, OpenBet, Side City Studios, SG Universe, Betdigital, WMS Gaming, and NextGen Studios.

Nextgen Gaming isn’t only popular because of its impressive range of slots. No, they’re also one of the best in term of video slots optimization for mobile devices. They’re probably the first software provider to achieve full mobile compatibility with mobile devices. This means that games will flawlessly play on devices running Windows, iOS, and Android. These three platforms literally run the mobile industry.

Many casinos are supporting Nextgen Gaming. Or to be more specific, there are up to 1,000 (as we mentioned above) online casinos offering their games, but that, as always doesn’t mean all of them are equal in terms of services and the quality, thereof. Accordingly, we have compiled a list of top-rated casino sites offering Nextgen Gaming titles. They feature the fastest payments, effective customer support, and credibility in the iGaming: bitstarz, Slotty Vegas, CasinoEuro, AHTI Games, Wildblaster, BETAT Casino, No Bonus Casino, Faustbet, ZetCasino, AtlanticSpins, YakoCasino, FrankClubCasino.