A Look into How SG Interactive Titles Play in Online Casinos

SG Interactive (SGI) belongs to the upper tier class of software providers for casino sites. The studio was founded in 1975 by Scientific Games itself, and over time, has expanded to form various subsidiaries. Bally Interactive which was created in 2011 and Williams Interactive, in 2012 are two prominent ones who practically make up the studio itself. The studio makes video slots and card games, with the former being a given due to the population of slots lovers around the world. Now, the company has become one of the biggest studios ever to grace the iGaming. In this article, we’re going to take a look at SG Interactive’s services and see if they play well.

SG’s Achievements Over the Years

SG doesn’t work like current-gen studios who only provide games to casino sites. Since its inception till now, SG has been making slots for physical casinos. Their style was quick to become the fan’s preferred theme, which is probably why their strategy worked out. That said, SG’s success in iGaming came as a result of a simple strategy. That is the acquisition of smaller software providers to complement their services (cover wherever the studio lacks).

First on our list was their Mobile Gaming Platform launch and acquisition of Macroview Labs in 2011. By 2013, the studio made a few innovations as well, but the highlight was the launch of their HTML5 Mobile Wagering Platform for Game Server. Over the next few years, a few awards, advances, and merges were given and made. And in the case of the latter, the studio has proven that if you do enough merges, the combined vast pool of knowledge and financial backup produces hit after hit. 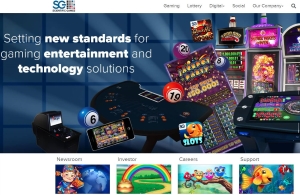 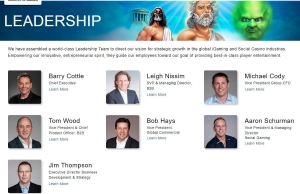 Should You Play at SG Interactive Casino Sites?
If you don’t mind the absence of live games, video pokers, and even card games, then you should try out slots made by SG Interactive. We added card games to the list because SG is foremost a provider of video slots. They do that well enough that their games can stack up (exceptions exist though) against highlights from big names such as NetEnt and Microgaming. Games are rewarding, fun, and are fully compatible with people who love to play on-the-go.

What are the SGI Games You’ll Find in Casinos Online

SGI makes two types of game casino sites. The first is video slots (no information on its variance for now), and the second is classic card games. SG Interactive’s video slots library contains up to 200 cartoonish slots and the rewarding progressive varieties. From folklores to era-specific themes, the studio tries to keep things varied, and it works.

As for the second category, you’ll find the classic Blackjack, Baccarat, and Poker. Likewise, the games’ variants are available for you to play. The studio doesn’t have other categories like Live Dealer Gaming or video poker, so that’s a heads-up in case you like games like that.

Like every other software provider that you know, SG Interactive also makes it a goal to polish their games before releasing them to the public. Games from SG Interactive are extremely fluid, while the animations are spot-on, though a bit on the slow side in some of their titles. Also, as usual, there’s the auto-play and Quick Spin options which helps with each game’s continuity. Likewise, the variety of bonuses buried in the games themselves are good enough, though it does take some time to make money.

How Compatible are SGI Titles with Mobile Devices?

SG Interactive has been making games that are fully compatible with mobile devices since 2013. At that time, the process was very much in its infancy, but with time, came updates to the tech. That is, all of their games can be played on a device supporting any between Windows, iOS, and Android. Further, you can either play games instantly through your browser or download the games. Our advice is to choose the former for the cross-platform feature it offers.

You’ll find a list of online casinos that support SG Interactive below. It features the sites with the best payment processing times, an extensive catalog of games not including ones from SG Interactive, great customer support, and an intuitive UI experience. If you’re evaluating an online casino by yourself, we recommend seeing reviews on the site with support for SG Interactive: AHTI Games, betsson, Trada Casino, Power SPins, LeoVegas, CasinoLuck, Casinopop, Cheeky Riches, PlayOJO, betsafe Casino.