iSoftBet is a London-based software provider that was founded in 2011. In other words, it’s a home-grown studio (to some of us) that focuses on the needs of UK players and thus, has huge financial backing. Since then, iSoftBet has been winning accolades and awards for their hundreds of titles spanning different categories. In this review, you can read about iSoftBet’s extensive library (and the highlights too), mobile compatibility, where you can play their games, and other info.

iSoftBet has hands everywhere around the world with more than 85 online casinos offering their games. Other than their office in London, the studio has another in Luxembourg. And in Spain, Italy, Belgium, and Alderney, they’re licensed to operate under certain jurisdictions. Still, despite their specialty in making games and their reputation, the studio isn’t ever featured directly by an online casino.

Instead, iSoftBet is like an add-on studio to other game providers. They allow other studios to provide their games in casino sites that use their software. Some of their partners include EGT, Pragmatic Play, Scientific Games, Playson, and Ainsworth. Finally, like any studio, iSoftBet favors making video slots; they use other categories to complement their library. 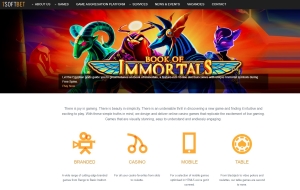 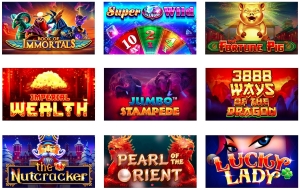 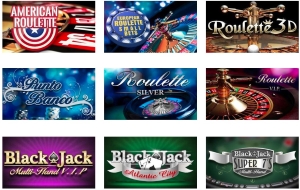 Should You Play in iSoftBet Casino Sites?
If you have the chance to, do try out your hands on either the video slots or card games categories. Their graphics are stunning, the sound immersive, and the payout, rewarding. It’s not on the level of others we’ve seen (probably due to the royalties they’re paying from their many deals), but it’s good enough.

Features of iSoftBet in Casino Sites

iSoftBet has a library of games in 3 tiers; they are slots, video pokers, and card games. For the first category, their library of slots is graphically cartoonish and can be divided into in-house designs and non-proprietary. The first type of designs are the ones iSoftBet made themselves, while the second belongs to movie/television-inspired themes.

As for video pokers and card games, let’s cover the former first. Video pokers, when done right are some of the best things players ever come across in an online casino. The problem with iSoftBet’s speaker though, is that their library is poorly thrown together. Sure, compared to other studios, the 22-ish (feels more like four) video pokies dominate in numbers, but that’s only because of most of their title’s variations of Jacks or Better, Tens or Better, Deuces Wild, or Joker Poker.

After that, there’s the house edge which is unstable, and you’ll have to be careful before you play any game. Other issues are the occasional errors, funny pay tables, and the lack of progressives. Luckily, the studio’s list of card games and actual variations makes up a bit for the underwhelming video pokers.

Best iSoftBet Titles to Look out for in Casino Sites

Video Poker: With this category lacking some order, we think you should avoid it until further notice.

How Mobile-compatible are iSoftBet Titles?

From what we’ve seen so far, iSoftBet follows in the footsteps of other good-grade studios by making sure their games are not only compatible but also stable. At least, other than their video poker category. That said, you can play the games (slots and card games included) on any device running Windows, iOS, or Android. They’ve seen the trend and has adjusted enough for players to enjoy their games.

Note: Keep in mind iSoftBet’s nature of being a massive compliment to other studios. The partnerships give both more resources if things go smooth.

You can liken this sub-section to a DIY guide as you’ll learn how to identify a good online casino from an underwhelming one. Having said that, let’s dive right in. —The first thing you should know about online casinos is that the internet gives you access to reviews on their services. So, all you have to do is look through the reviews and try to evaluate how positive they are.

A bit of social engineering is needed on your part, to make this work. After that, look into their range of games, payments options, customer support, bonuses if any, and check the quality. Most times, iSoftBet casino sites that belong to this category are great. This is the list of casinos (ranked from the best) that we picked up using that method, though slightly adjusted.